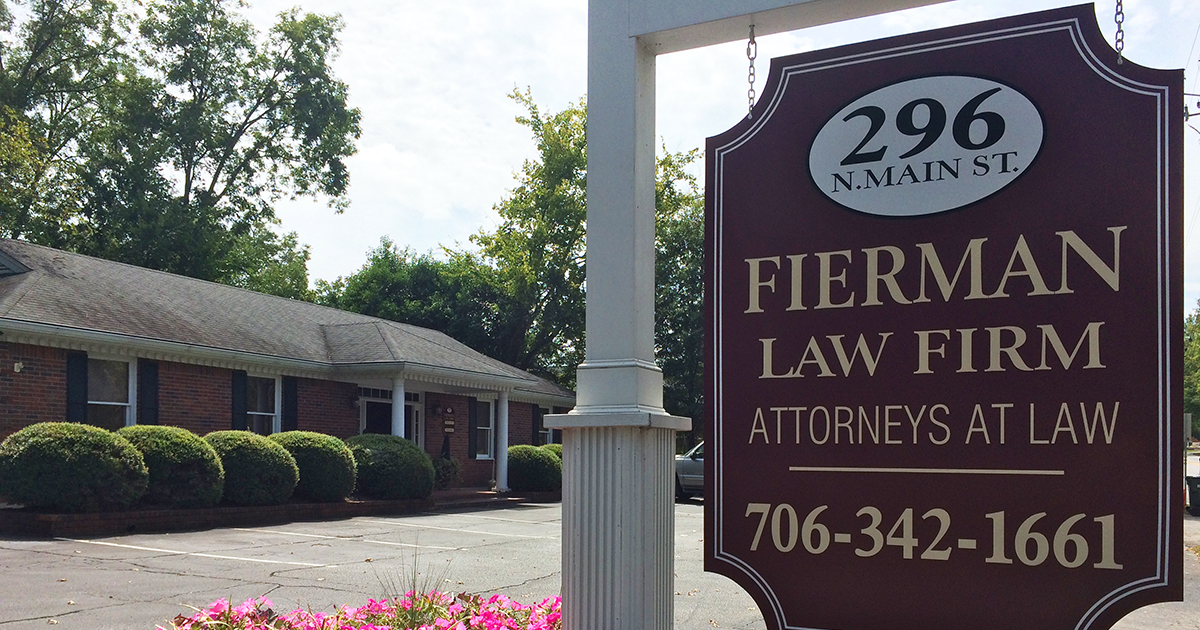 Martin L. Fierman was born in 1944 and grew up in Atlanta, Georgia. He graduated from Emory University School of Law in 1967 and entered military service in August of that year, providing legal services while assigned to the Office of the Staff Judge Advocate at Fort Benning, Georgia. He served a 12-month tour of duty in Vietnam where he had the opportunity to defend servicemen charged with offenses in special courts martial.

Upon completion of active duty with the US Army, he established a private law practice in Atlanta, Georgia. For 15 years in Atlanta his practice was devoted to civil litigation primarily in Fulton, DeKalb and Cobb Counties. In 1984, he opened an office in Eatonton, Georgia. In June, 2011, he moved his office to Madison, Georgia, where he maintains his practice today in an informal, relaxed atmosphere.

Marty has been married to JoAngela Sasser Fierman since 1984 and they have raised 5 children.

Mr. Fierman is licensed in all courts in Georgia, including the Supreme Court of Georgia and the Georgia Court of Appeals, providing services primarily in the following counties:
Baldwin, Clarke, Greene, Hancock, Jasper, Jones, Morgan, Newton, Oconee, Putnam, Rockdale, Walton.